What Are The Best Highlight Destinations In Mid-autumn In Vietnam

Mid-autumn in Vietnam has a Vietnamese name is Tet Trung Thu – one of the biggest traditional festival in this country. Participating in the festival, you will enjoy the cheer up the atmosphere from the urban cities to the countryside areas in Vietnam. If you’re lucky enough to be in Vietnam that means the temperature will start getting more comfortable. The Mid-Autumn celebration is a chance for members of the family to gather and make conversation together in their year. Before starting the traveling plan in Vietnam, you should read more information about some particular destinations which are celebrated at the festival.

What is the Mid-autumn festival?

Tet Trung Thu is the most important holiday of Children in Vietnam as the main purpose of celebration is for the children. Therefore, they hope the moon night after one day in their school. As with Christmas or Halloween, night is the time for all the magic to happen. After school, children go home with full of excitement, they just can’t wait to grab their colorful lantern, light it up and gather with their neighbors’ kids to walk around the village and play folk games. People believe that Chi Hang, Chu Cuoi – a sort of Vietnamese version of Santa Claus, will bring fun and happiness to children as well. Vietnamese children love these two imaginary characters as the way kids in the West love the lovely white man in that red costume.

Vietnamese people want to bring the happiness and joy to the kids through traditional customs and all the activities on this occasion such as folk dancing, singing or games. In the moon night, local people will enjoy one piece of mooncake and green tea which is an indispensable tradition. Vietnam also shares mooncake as the symbolic dish like other countries. In the early days, there are two traditional types of cake including baked mooncake and sticky rice mooncake separated by the different crust. The Mid Autumn Festival in Vietnam also has the meaningful thanks to the harvest that falls on the mid of August lunar month every year. This usually coincides with the first full moon following the last big harvest of the year.

In Vietnam, the festival is a bright mishmash of colours sounds and flavours. Special moon cakes filled with delicious mixtures of dried fruits, lotus seeds, and nuts are handed out to friends and family. Children dress up as dragons and roam the streets beating drums and collecting sweets. Families reunite and spend some quality time together before heading back to their separate hometowns.

In the conception of Vietnamese people, Mid-autumn festival brings fully meaningful for their family. Thus, it has appeared for many years and mus to keep for a long time. Like Chinese neighborhood, Vietnam shares a lot of traditions and is influenced by that country. One common story is children’s parents had to work so hard during the final harvest that they rarely got a chance to play with their children. Once the harvest was over they rewarded their children with tasty treats and fun activities. This time of the year is also the best time for whole families to meet. The weather is cool, there’s plenty of food and not much work to do.

The presents are one of the most important factors in the customs of festival. The children, teenagers usually prepare mooncakes box to thank to their parents and grandparents in the festival. Mid Autumn bonuses are becoming more popular in workplaces but they aren’t expected. However, if employers don’t prepare at least a box of mooncakes for employees they’d be seen as inconsiderate.

For “enterprising” individuals the gift-giving customs also become an opportunity to sweeten deals and relationships with a little bribery. Parents often give their children’s teachers or their employers elaborate and expensive mooncakes. If they are feeling very generous they will pair the mooncakes with an expensive wine or slip a few notes into the sleeve.

In the festival, there are many traditional activities such as dancing dragons, beating drums, taking the lanterns and decorating the tray with fruit, mooncake, flowers. As you known, Mid Autumn festival is a festival for the family gathering and fun for the kids. There are not too many centrally organized events but in every town, village and suburb there will be something fun going on. The “Pha co” activity starts in the night of the Mid-Autumn Festival which is served variety of foods including mooncakes, grapefruit and candies. It is set up outside the house so that people can both enjoy traditional cuisines and appreciate the moon. Fruit trays are used as offerings to the spirits of ancestors and people go all out to make sure they look as beautiful as possible. Melons and pomelos are used to make elaborate carvings of real and mythical creatures. This occasion is also the time for family and friends union under the full moon, representing the fullness and prosperity of life.

In the moon night, children will bring the lanterns, fakes and follow the dancing lion in the street. The children have to ask the permission of host to perform. If they agree, the children put on a show that is believed to bring a blessing of luck and fortune. The lion dances attract huge amounts of children, ranging from little kids to teenagers, take part. Lighting and carrying star-shaped lantern is a special activity for children, in which children with colorful lanterns of a village or a street gather, form a queue head by a lion-dancer and walk around the village singing popular songs about this special festival. Sometimes, the crowd stops so that the lion dancer can make some performances. With joyful laugh of children, funny rhythm of popular songs, exciting drumbeat, the colorful lanterns and the bright moon, night in villages and streets in Vietnam is hardly so boisterous.

In addition to aforementioned activities, there are also several other ones such as taking part in lantern-making and painting, telling kids the traditional folktale about Chu Cuoi and Hang Nga or making rice figurines (to he).

To prepare for the festival, there are many shops selling mooncakes on all over Vietnam’s streets. There are various ingredients to make the cake such as lotus seeds, green beans, and an egg yolk, the varieties of favors. Moreover, nowadays, the cookers try to create many shapes and favors for mooncakes to attract customers. Currently, local people tend to make the cake by themselves instead of buying the famous firms. On a special day, all the houses prepare Banh Nuong and Banh Deo, candies and fruits. They eat cake and watch full moon.

What are the best highlight destinations in Mid-autumn Vietnam

The Mid-Autumn Moon Festival is a chance for children taking the lantern and promoting education, poetry, dance, arts and crafts. In the festival, many overseas Vietnamese families would like to bring their kids back to Vietnam to visit their grandparents.

Welcome to Hanoi which is one of the most attractive foreigners in Mid-autumn Vietnam. When you visit the capital around one month before starting festival, almost corners of street are displayed mooncakes, via simple toys for children. One recommendation for you is to visit Hanoi’s Old Quarter with Hang Ma, Hang Thiec Street – the most exciting place where people sell all sorts of toys, games, and Mid-Autumn lanterns. Coming to this place, you can buy something to join the festival. It has huge crowds and colors and surrounds is the colorful lantern stores on both sides of the alley. Beautiful lanterns of all types and shapes are in every single store attracting customers and visitors. Everyone passing by the street just can’t help taking home a little lantern. If not, they will at least take some photos of this fascinating spectacle. Another destination in Vietnam is Hoian-the best place to observe full moon in a historical town in the central region of the country. There are full traditional activities celebrated at the festival. Moreover, going to Hoian, you also visit many interesting places. The ancient town has many shops with lanterns. Additionally, the river running through the town is covered in floating lanterns and the magical atmosphere. On this holiday, you will admire the fun activity of people dancing on the streets, following the people in control of the ‘lion’. Occasionally, you will even see a dragon, the most sacred of all animals, which takes several people to control. Hence, their dance attracted many people to join the event. The man wears the lion’s head and dance in the song. It was great to see that these traditions still alive.

Located in district 5, the street has been the focal point for the festival. You will experience huge crowds and colors and surround is the colorful lantern stores on both sides of the alley. Beautiful lanterns of all types and shapes are in every single store attracting customers and visitors. Everyone passing by the street just can’t help taking home a little lantern. If not, they will at least take some photos of this fascinating spectacle.

If you have children, these two cultural theme parks are definitely worth your consideration. These two places are not as big as international giants like Universal Studio or Disneyland. However, for years, they have been one of the most favorite destinations for local kids and their parents during special occasions like Tet (Vietnamese Lunar New Year), Summer Break or Mid-Autumn Festival. 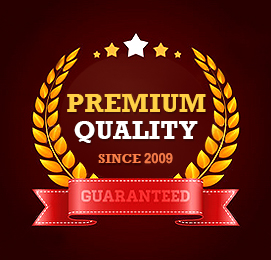